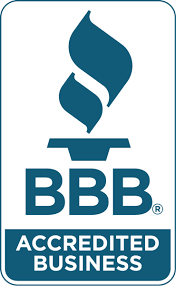 Russell, the third-generation owner of the funeral home, is married to Kelly (Plickert) and has three daughters, Jaden, Natalie, and McKenna. He is a 1989 graduate of Walsh Jesuit High School, earned his Bachelor of Science Degree in Journalism from Bowling Green State University in the spring of 1994, and graduated from the Pittsburgh Institute of Mortuary Science in 1996. He is a State of Ohio licensed embalmer and funeral director, has his State of Ohio Insurance License, and is also a Series 7 licensed financial advisor under the Securities and Exchange Commission (SEC).   He is also a member of the Wedgewood United Methodist Church, where he serves on the finance committee, and is a member of the Coventry-Akron Masonic Lodge #83. He is an active supporter of many local charities, including the American Cancer Society, Big Brothers/Big Sisters, Hospice, FOP and the Special Olympics.

Greg was born in Cleveland and has lived in Ellet for over 30 years. He is a US Army veteran and graduated from the Cincinnati College of Mortuary Science in 1973. Married over 40 years to his late wife Linda, he has one son, Chris (Carla) and one daughter, Becky (Kevin), and grandchildren Mitchell and Sophia. He is a State of Ohio licensed Embalmer and Funeral Director, as well as a licensed insurance agent. He is member of the MAPS Air Museum and of St. Matthew Catholic Church.

A year of daily grief support

Our support in your time of need does not end after the funeral services.  Enter your email below to receive a grief support message from us each day for a year.  You can unsubscribe at any time.